View the submission page for this entry
Support This Game

Remember Mary is a narrative-driven surrealist adventure game. It follows Mary, a young girl in a world filled with her friends who she can help or hinder. Presented in squigglevision.

I made it in about 9 days for the "I can't write but want to tell a story" jam.

It will take around 10-15 minutes per play through.

Music and sounds are by JustWall Games - Listen to the soundtrack here!

Some suggestions and moral support from Benjamin Fearn

Testing by all of the above!

This game is mobile friendly, but make sure you check the 'mouse only' option or you will get stuck. On smaller screens, graphics and fonts are scaled down and may not appear as clearly.

The game may also be a little more difficult on mobile due to your fingers getting in the way, but it's a small price to pay for being able to play this game on the toilet.

(Major Spoilers ahead! Please play the game before reading this section!)

The game was largely inspired by Mary Wollstonecraft. Although the game does not really parallel her life or personality, a few major points in Wollstonecraft's life provided a good starting point for me to work from. Mary Wollstonecraft's early life was troubled by financial difficulty and domestic violence at the hands of her dad. This theme is floated across in the game - although there is little mention of Mary's dad, he is mostly spoken about in a negative tone, with her mother saying he's away but doesn't know where - she implies she doesn't really care and is actually quite thankful he's gone.

Mary Wollstonecraft attempted suicide on more than one occasion, but one attempt in particular involved an attempt at drowning herself in the River Thames. This failed as a stranger saw her and rescued her.

To parallel this, the theme of water is very prominent throughout Remember Mary, including one moment where you can choose to drown another character. Mary (the protagonist) also attempts suicide through drowning herself, only to be rescued.

The game is all based on Mary's (the protagonist) experiences after dying. Most of the world and actions in Mary's after-death experience are made up for the purposes of gameplay, with a few exceptions.

I have done some reading into what happens to people when they've died and been resurrected. From that I've taken the concept of Mary's mother being there to provide her comfort and reassurance.

This game originally was intended to be quite different. It was going to be based in a quiet house and a neighbourhood where everyone was mysteriously missing to indicate something about the place wasn't right. This left me with limited ideas for where to take the gameplay, so instead I just decided to just do whatever I wanted to make it better as a game.

Firstly, this is truly a surreal journey. I won't spoil the story for anyone who wishes to play through this absolute gem of a game! From the very moment the game starts, I'm already thinking to myself how weird the world is that's being presented in front of me. The moment that weird character starts talking to me, I'm questioning my existence in this world.

The sound effects for what sounds like weird vocals mixed together, I don't even know what they are saying. Are they saying anything? It does sound like the same sound effect is used for many characters except for one character... I won't spoil the story.

Everything seems very OFF, it's weird yet not unsettling enough to make you feel truly uncomfortable. I feel that's where you really struck the balance perfectly. It's not too heavy, it's not too light either. The story is definitely questionable as it makes you wonder if there even is a story based on the tasks you end up doing for your friends in this world.

Things start to get weirder as you delve deeper into this world. There's clealy a lot to be read from certain characters too. What I really like is how you definitely went along with making this less disturbing by adding that much needed comedy that meshes really well with the other material. I can't help but feel that this project could be turned into it's own bigger project. I feel you have captured a very visually pleasing world that's so simplistic yet it just works... I honestly don't know how to explain it but you've somehow created something truly unique!

Overall, the squiggly animation was enough to satisfy me from the very moment I noticed it. It reminded me of old cartoons. I really hope you continue to make future projects like this one. I can see you have great potential to tell weird stories / create weird wacky worlds. I can't help but feel you were inspired by a dream you had? It's just... it feels like a dream all the way through. Makes you question it several times, I noticed something really interesting:

If it is all just a dream, this isn't a spoiler by the way! The fact you can't use the bed really solidfies this concept that you are not able to sleep due to already dreaming. I don't know what else to say but you definitely deserved a lengthy review to really express gratitude towards your project! I'll be willing to donate in the future but right now, I can't help but want more! I really hope you make a sequel or something set in the same world. What did you use to create this game? :)

I've got so many questions for you. Do you have a Discord?

Thank you ever so much for sharing this hidden gem with us! :)

Overall Score: 8/10 (There were a few moments where I got confused where to go)

Hey thanks so much for your feedback and kind comments, it always means a lot to me to get a write up like this! I'll try give you some extra information on how I put everything together:

For the artwork I am not especially good at drawing, but mostly I don't enjoy spending ages trying to draw something I'm happy with. The game jam I made this for was hosted by the same person who makes "I can't draw....." jams, so I took a bit of influence from that, but also some cartoons I really enjoy have this squiggly animation. Inparticular Ed Edd n Eddy and Home Movies have a very noticeable squiggle, so for each frame of animation I traced the original frame but did it very quickly, so it has a 'badly drawn' effect. This also meant I didn't have to spend much time on drawing :)

As for the story, ending 1 is supposed to be a weird ending that doesn't really give much away (unless you are very good at reading between the lines of course!), ending 2 adds a little extra context and ending 3 basically gives you the full situation. The different you make through the game also change ALL the dialogue, so each play through should be unique! Even doing things in a different order will change dialogue!

For a sequel or another game set in a similar world I haven't decided on anything yet, this game was totally out of my comfort zone as I've never done anything story/dialogue heavy before, and I wasn't even sure how it would be received. It seems a lot of people really liked it though, and I've become very proud of it as a result, so something else is definitely on the cards, I'm just not sure when!

I have filled in quite a bit of detail on the design and ideas behind the game if you read the game's description (under the "tell me more" heading). It is not a dream, but you aren't far off!

I made the game in Gamemaker Studio 2, and if that's a program you use I also have the full project available to download. And finally, I do have a Discord - it's a little bit lonely but a couple of others have joined to talk about the game, here's a link for you; https://discord.gg/WDgBjXP

Playing through this game was amazing. At the start I kept wondering why I had so much choices in what to do, "Eat this stone or not?" But, playing further and reading over the description really brought all the pieces together.

I only got one play through in before this review, and got ending 1/3.  I'm going to go back when I get time and see if I can see the rest of the dialogue. I felt the dialogue was very on point for the idea you were doing. Like all of Mary's thoughts were what made up all the dialogue, the sense of foreboding , and straight to the point.

I like how you did the chatter sound, and the constant static movement of Mary and any objects she comes across.  It gives it that look of something isn't right, but it fits right in at the same time. And it moves great with the chatter sound!

My only suggestion would be a pause menu, but since the game is short it's not a big suggestion or must-have.

Well done! I look forward to seeing what the other dialogue is!

Very nice comments, thank you :) The rock thing is actually one of the very few things I put in that has absolutely no bearing on the game. It was part stupid joke, part troll to get people thinking "Wait, what does that mean??" 🤣

Hope you enjoy the rest of the game anyway! I intended for ending 1/3 to be the first one you get, so the other two endings tie everything up a bit neater and give you a bit more background.

Can't take all the credit of course, I worked with a very talented composer and sound designer who mostly came up with the ideas on his own, I just chose where to use them :)

Love your game, it has a deep story and meaning on it covered by innocent color palette and drawings. Love how you can make decisions so it ends up on another ending. Congratulations for a really great game. ;)

God, what a good game. Id say its as good as most classic rpgmaker games. Do you know if the soundtrack is ever gonna b released?

Thanks so much! I took a little influence from some of the RPG Maker classics (mostly Yume Nikki)

Soundtrack is already available actually! The composer never actually told me he'd released it though so I literally just found out right now; https://justwallmusic.bandcamp.com/album/remember-mary-soundtrack

Amazing game I had lots of fun playing and getting all the endings. I like the simplicity of the style and slight humor at times although it touches a darker subject. Amazing thank you making it :D

Thank you for your nice comments, pleased to hear you enjoyed it!

This game, as I think intended, left me feeling … odd.

On it’s surface the themes of friendship and helping out friends seems very positive, but there’s definitely a darker undertone.

It could be dangerous in the wrong hands.

Are my hands the wrong hands?

Great job, thank you for making this and sharing, it definitely evoked some complicated feelings inside of me.

I'm glad history has developed to the point to support the creation of this game. 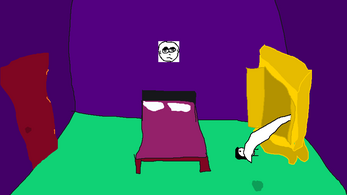 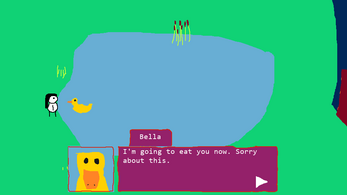 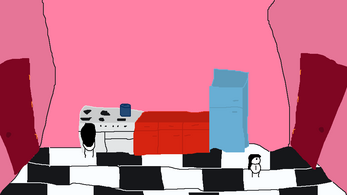 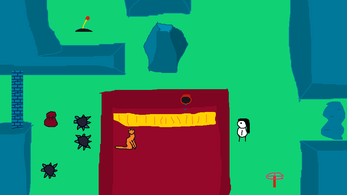 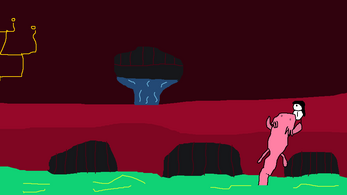